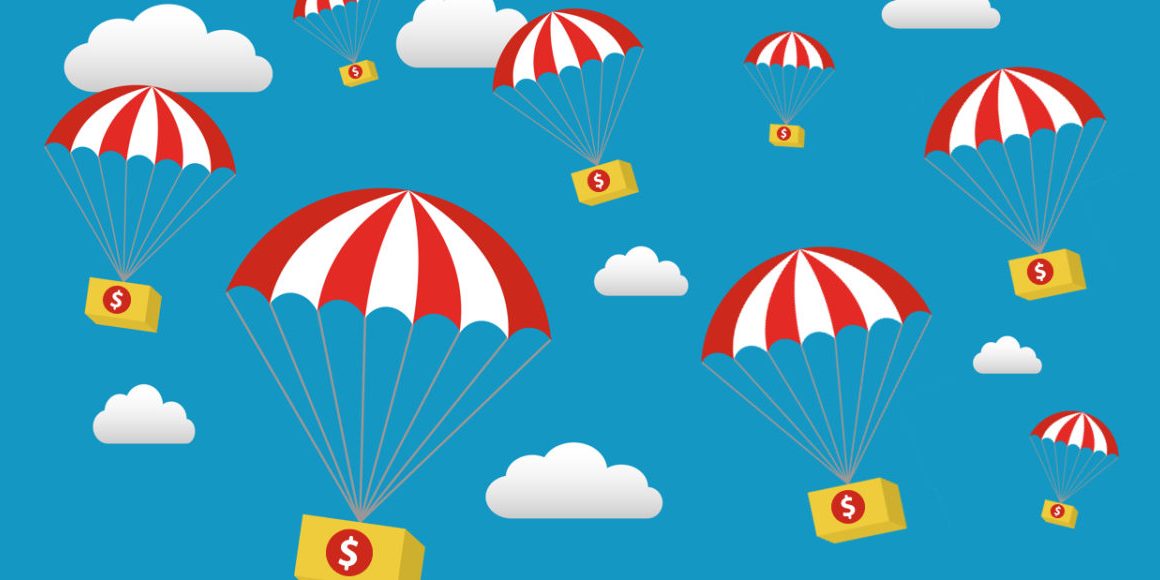 Almost all airdrops fall into one of three categories: those for holding a cryptocurrency whose blockchain is hosting a new altcoin, those issued in cases where a blockchain is forked, and those offered in exchange for promoting the project through social media. Of course, as with all free things, airdrops usually come with a catch; they typically require participants to invest time or provide contact information that can be used for marketing.

What Is Airdrop Cryptocurrency?

Most airdropped cryptocurrencies are built to use an existing blockchain; the most popular by far is Ethereum, since its ERC-20 standard makes it very easy to create a new currency that uses its blockchain, though other popular platforms include Stellar and NEO. New cryptocurrencies released on these blockchains will thus already be compatible with users’ wallets.

In some cases, these new cryptocurrencies will issue an airdrop to holders of the platform’s original currency; owners can submit their wallet address and they’ll receive their share of the airdrop. Often, the amount each participant receives is determined by the sum of the original cryptocurrency that they own.

Occasionally, cryptocurrencies’ blockchains will fork, creating two distinct blockchains which will operate independently after that point. Forks occur when a group of developers hope to introduce new features to a software project, but the idea is in stark enough contrast with the original vision that the developers decide to create a new version; many widely used pieces of software began as forks from earlier projects. When a cryptocurrency forks, its owners suddenly own the same amount of both the original currency and its new fork. However, the value of the new currency is not guaranteed or tethered to the original, and fork events risk significantly altering the value of the original currency.

Probably the most noteworthy example of a fork was Bitcoin Cash, which was created in August 2017 in an attempt to address the unreasonably slow transaction times of original Bitcoins. In this case, the owners of Bitcoins then owned the same sum in both Bitcoins and Bitcoin Cash, both of which can be traded on all major exchange services.